Hungry For The Blues

John Németh is a blue-eyed soul/blues singer from Idaho, USA who is currently riding the crest of a wave on the back of his hughly successful 2014 CD "Memphis Grease". With a string of albums and blues awards already under his belt, the 2014 Soul/Blues Male Artist of the Year gave me the following interview shortly before his visit to the UK for a short tour that included Ronnie Scott's in Soho, London, and a live session recorded at the famous BBC's Maida Vale Studios. 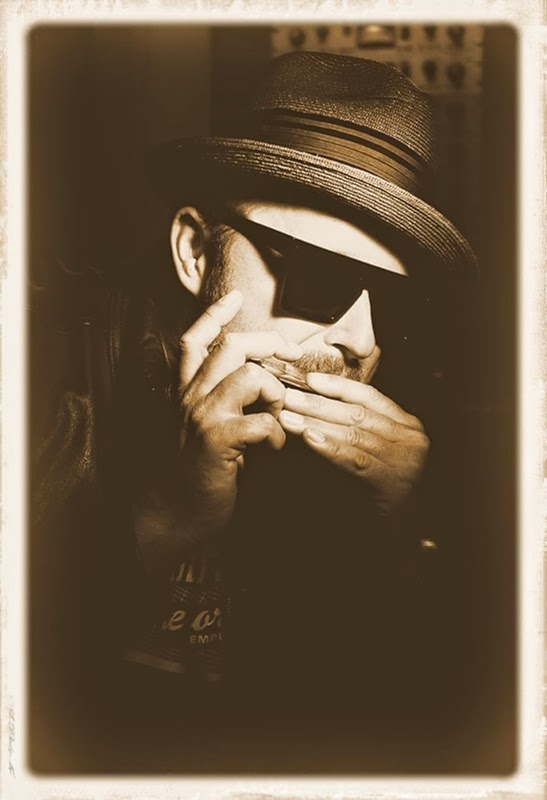 Billboard charting John Németh was on his way back home from a gig in Alabama when I caught up with him to discuss his life, his music and his latest album “Memphis Grease”. The album was released earlier this year (2014), and by all accounts John's music has definitely taken a different track to his earlier records. John's previous albums were all soaked in the West Coast blues sound, whereas this album is leaning heavily towards the Memphis-soul sound typified by record labels from the 60s and early 70s such as Stax. I asked John if this was simply a natural development to his music, or something that he'd been wanting to do for a long time.


John: Well, the song-writing is still similar to the other records I cut when I lived out in California. One of the main differences is we have a Memphis band playing on this record. They just have a different feel, a different style. The horns are more groovy and sparse then on previous records, and the style of drumming is a lot simpler - partly because that drummer is so great that he can play a lot less, and make it sound just as cool.
The drumming John was referring to was the work of veteran Memphis legend Howard Grimes. Bassist Scott Bomer produced the album.


John: Scott recorded the whole album on 1” analogue tape using a Scully 8-track tape machine, and we mixed it on an MCI mixer board; gear they used in a lot of studios back in the 60s, but especially in Memphis. The album has that vintage sound, but that's not only because of the gear; it's partly due to the way you have to record using those vintage machines.


I asked if this was because of the 8-track limitation, so tracks had to be cut live, without too much overdubbing.


John: It's live, but also sounds more live, owing to the actual dynamic range of the tape. Whereas the digital sound is more compressed. We released the album in vinyl as well as in digital format, and the vinyl version is selling well.


John affirmed proudly that he was born and raised in Boise, Idaho. I was curious about the music scene he cut his chops around, and asked him if he listened to a lot of blues.


John: Blues was a novelty thing; there was a couple of blues bands in town, but it really wasn't part of the music scene there. The majority of music in Idaho was country and western. But if you had a good band, and a good beat that people could dance to, it didn't matter what you played. The ears of the folks in Boise were good, and if the music was good, they'd like it. That actually helped us quite a bit. I worked 5 to 7 nights a week for a decade out there in Idaho, playing all the clubs. It was great.


That being the case, it didn't sound like the place that could produce an international blues artist. So how did he get involved in the Blues?


John: Music on the radio just wasn't my thing, so I listened to lots of records from the 50s, 60s and 70s. A friend of mine in high school made me up a mix-tape of some great blues – Little Walter, Albert King, Robert Johnson and Blind Blake. When I heard that I thought “Wow! This music is cool!” A lot cooler than all the grunge and country and western, which was turning real pop. It was a pretty easy sell.


We've all been there. But what made him choose to play the harmonica over the guitar or piano?


John: I didn't have enough money to buy a piano. The harmonica was five bucks!


We both laughed at how such an innocent economical decision like that could so dramatically and completely change or alter a person's path through life.


John: I went to a place to buy an electronic keyboard. Back then you had to buy the amp and the stand and the stool and the chords and the peddles and all that, and you're looking at about $3,000 to get it out of the music store! Shoot! No kid in Idaho was making that kinda' money. So, there's this harmonica in the case. Well. I loved the harmonica – Junior Wells and Little Walter and all those. So I just bought the harmonica. I showed up at the gig that night, and the guitar player is like “Where's the piano?”


John moved to San Francisco when a girl he started dating in Boise when there to live.

John: After the 9/11 situation in New York City, things really died out in Idaho. People stopped going out to clubs, people started discovering the internet, and local venues started disappearing or stopped having music. My job status changed in that I was going to have to start travelling more in order to pay the bills. So I thought “Well! I might as well be somewhere where there's more of a vibrant music scene”. So I went to the big city of San Francisco to keep things going, and it sure paid off.


John: I've actually cut four records with Elvin – his Grammy-nominated record “The Blues Rolls On” I also did “Dead Dogs Speak” and two live records with him; one that was on a Blues Cruise, and another one that was recorded in a club in California. Yeah! We done a lot of great stuff together.


John now lives in one of America's blues capitals, Memphis. I asked him what the draw was.


John: In my mind the greatest things about American come out of southern culture – the musicians, the song writers, the literary writers, the painters. And it's just where Memphis sits. It's a major crossroads for the mid-South, so people coming out of Arkansas, Mississippi and Alabama converge on Memphis. There's a lot of recording industry here.


And of course, Memphis is the home of the Blues Foundation. I asked him about his recent Blues Award for “Soul Blues Male Artist of the Year ” I wanted to know what value this had for him.


John: Anyone who receives a nomination for an award … it means that people out there are recognising your work. It builds your confidence, and I think to actually win one pretty-much means that you've legitimised yourself as an artist. So it's a big thing for me. I'm very proud of it. And people take note of that. They say “Hey! John Németh won this award. We oughta' all go out and check him out” And shoot! Its a big honour to be recognised as a contemporary of Bobby Rush, Otis Clay and other folks that were in the same category.


Having now established himself as an artist in the US, John is looking to expand his fan base into other countries such as Europe. I asked him about his plans.


John: Yeah! I'm gone really big here in the US. Whatever it is that I do hasn't really taken off in the UK or Europe yet. But it's more difficult to make it here in the US. Some places in Europe and other parts of the world have funding aid from their governments. Subsidies and sponsorship and stuff. Here in the US, if you're a blues artists, or soul artist, or jazz artist, you have to have a name, you have to go into a place and you have to sell tickets. That's what it takes to make it here.


I wondered if it was more difficult to break ground here in the UK for a blues artist who's main instrument was not a guitar.


John: Could be? In the blues industry I think a lot of people are looking back to their youth, looking at young guitar players that remind them of 70s rock. You hear 70s rock guitar everywhere, but that's alright; that's just the way people's taste go. There's nothing right or nothing wrong about it. Writing songs from scratch takes a lot of twists and turns stylistically, and I write 95% of all my music. What I'm doing is just different.


Keep in touch! Get regular updates on the latest gig reviews via my Facebook page